The United Kingdom is a European island nation with a world-class business and cultural hub. It is well-known for its public service broadcasting, medieval castles and architecture, and time-honored educational institutions.

Let us all picture ourselves as students at Hogwarts. Can you imagine yourself in your head? Excellent! - Because it appears like one of the halls of Oxford, one of the many prestigious institutions in the United Kingdom.

In reality, several of the top academic institutions in the United Kingdom, such as the University of Leeds, Edinburgh, and Lancaster University, provide the most outstanding Bachelor's, Master's, and Ph.D. programs globally. Law schools, business schools, engineering schools, and medical institutions in the United Kingdom are known internationally for attracting the finest and brightest students to their prestigious, globally-recognized lectures and courses and their elegant accents and historic buildings.

We discuss the following topics on this page for overseas students in the United Kingdom:

What's It Like to Be a Student in the United Kingdom?

Universities across the United Kingdom are top performers in teaching and research. Those universities ranked among the best universities in the world. As a result, over 500,000 overseas students apply to study in the UK universities each year. Because courses in the UK are shorter than in other countries, you can save money on tuition and living expenses. To access over 50,000 world-class higher education courses, you may need to show English competence.

Students in the United Kingdom have the flexibility to experiment with new ideas and express their creativity. Students are encouraged to do independent research but are also required to participate in group activities that require peer interaction. Teachers regularly engage students in classroom conversations, debates, and quizzes, providing an open learning atmosphere that encourages critical thinking skills.
Courses are skill-oriented and career-focused, keeping current industry expectations in mind.

With so many outstanding universities in the UK, determining the "best" is tricky. However, the following ten UK universities routinely ranked among the best in the world: 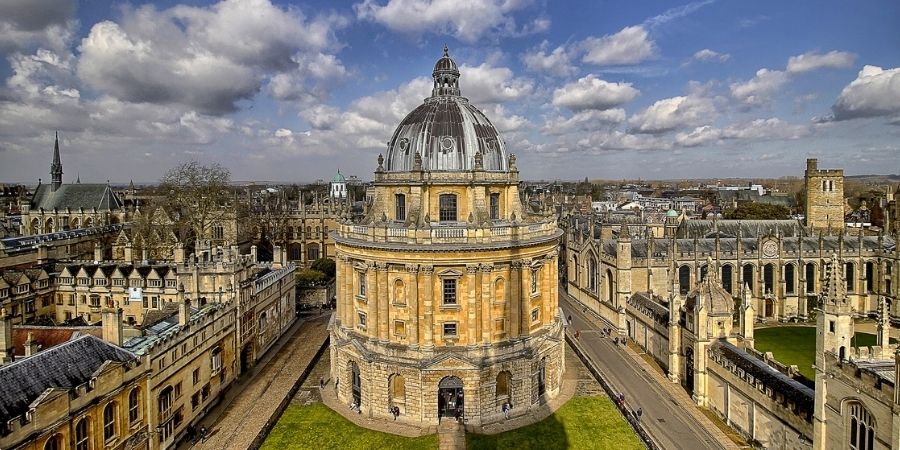 The Institution of Oxford, the earliest university in the English-speaking world, is the top university in the United Kingdom for overseas students. It contains 39 separate colleges, six private halls, more than 100 libraries, and the world's largest university press. The university is ranked first in the world for medicine and first in four academic divisions: social sciences, medical sciences, humanities, math, physical, and life sciences. Oxford University has been placed #1 in the Times Higher Education (THE) World University Rankings since 2017.

The college institution is spread around Oxford, classifying it as a "city university." Weekly small-group lessons for undergraduate teaching organized by colleges and halls, a feature specific to the institution and its nearest relative, Cambridge. Oxford University has around 24,000 students, with approximately 45 percent international students.

The University of Cambridge, founded in 1209, is the second oldest university in the English-speaking universe and the world's fourth-oldest surviving UK university. The institution started from a group of intellectuals dissatisfied with the University of Oxford and formed their own. The two historical institutions have numerous similarities and are sometimes referred to together as "Oxbridge."

Cambridge has almost 150 academic departments divided into six schools: Clinical Medicine, Biological Sciences, Physical Sciences, Technology, Social Sciences, and Arts. With six academic schools, this famous school serves approximately 18,000 students. It boasts over 100 libraries, 80 sports programs, and a slew of extracurricular activities and groups. Cambridge University has generated the most number of PhDs and research papers of any British university. The institution works closely with tech startups like Silicon Fen and significant universities outside of the UK like MIT. With approximately 4000 foreign students, Cambridge is ranked sixth in the world for "openness and diversity."

The Imperial College of London is a public research university specializing in health, science, technology, and business. It was founded in 1907 when the Royal College of Science, the Royal School of Mines, and the City & Guilds College merged. It now offers advanced degrees in clinical medicine, physical sciences, engineering and technology, and computer science. Imperial has produced numerous Nobel Prize winners, intellectuals, and artists, including Sir Alexander Fleming, Thomas Huxley, Brian May, H.G. Wells, and others.

Imperial was ranked top in the United Kingdom for Innovation. This forward-thinking attitude extends to its globally renowned research and welcoming community. Over 59 percent of Imperial's students come from countries outside the United Kingdom.

In terms of overall enrolment, UCL is the largest institution in the United Kingdom. This premier international university in the United Kingdom was founded in 1826 and was motivated by the radical views of English philosopher Jeremy Bentham. UCL was the first institution in England to accept students of any gender or religion. The comprehensive institute, with eleven faculties and over 100 departments, provides high-quality education and research. Sustainable Cities, Global Health, Human Well-Being, and Intercultural Interaction are their study goals.

UCL is ranked in the top ten in anthropology, architecture, education and training, medicine, and other fields. It promotes knowledge and culture through museums spanning from archaeology to art to anatomy. It also manages the Orwell Prize, London's most distinguished prize for political literature.

The London School of Economics and Political Science is a public research institution devoted to social science in general. Since its inception in the 1800s, the institution has vowed to better society through studying poverty, inequities, and other related topics. It demonstrates academic brilliance in politics, law, sociology, economics, and anthropology. LSE has produced more than 50 international leaders and 18 Nobel prize winners, including philosopher Bertrand Russel. 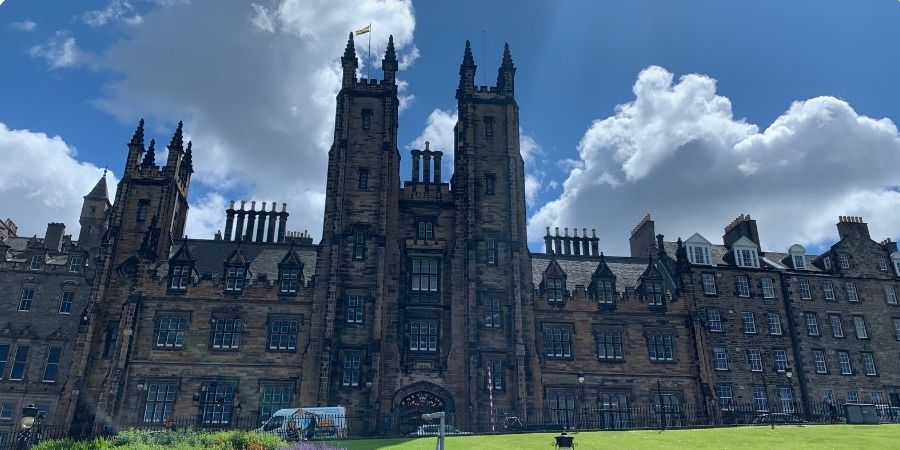 The University of Edinburgh is a famous research university that happens to be one of the oldest in the English-speaking world. It contributed significantly to the Scottish Enlightenment in Edinburgh, earning the city the title "Athens of the North." This leading university in the United Kingdom now contains 20 academic schools divided into three colleges: Science and Engineering, Medicine and Veterinary Science, and Arts, Humanities, and Social Science. Furthermore, it is ranked first in the United Kingdom for medical and informatics research.

The University of Edinburgh includes five main campuses in Edinburgh, a well-known cultural center. It is a historical and architectural beauty. Aside from academics, students and graduates of the institution thrive in the performing arts, athletics, and independent publishing.

King's College London is among the most critical institutions in the United Kingdom, resulting in significant socioeconomic changes throughout the Industrial Revolution. King's is well-known for its contributions to stem-cell cloning, DNA discoveries, Higgs boson, communication technologies, and other fields. The institution is a crucial hub for healthcare education, dentistry, and nursing with multiple teaching hospitals. Furthermore, it is the only World Anti-Doping Agency (WADA) approved laboratory in the UK, putting it at the forefront of biomedical research.

KCL has five campuses spread around London, delivering high-quality education to students from all over the city. It works closely with the British Museum, British Library, Shakespeare Globe, and other institutions. Furthermore, KCL's worldwide collaborations provide students and faculty with meaningful experiences. 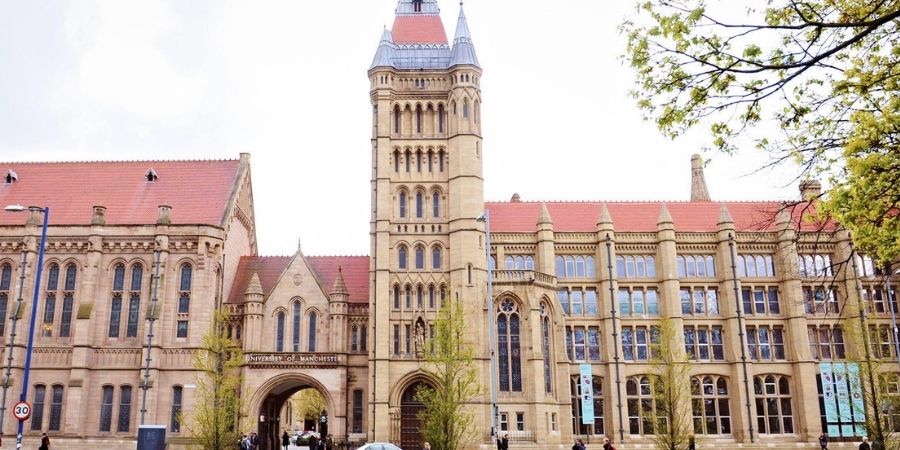 The Institution of Manchester is the largest single-site university in the United Kingdom. Its structures, which include parks, apartments, and the Jodrell Bank Observatory, are connected with the city of Manchester. The University of Manchester is made up of three faculties. Biology, Medicine and Health, Science and Engineering, and Humanities are among them. It is especially noticeable in economics, social sciences, biological sciences, and engineering.

The University of Manchester naturally has the most significant student population in the UK due to its colossal campus and numerous programs. UoM students benefit from a vibrant campus, an extensive National Research Library, an art gallery, and sports facilities. 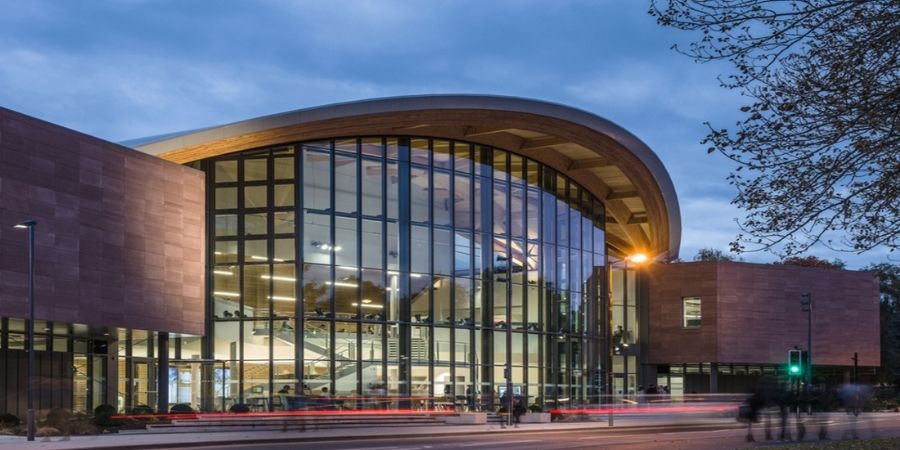 In 1965, the University of Warwick was founded as part of a government drive to promote higher education in England. It comprises more than 30 academic departments from the colleges of Arts, Science, Engineering, and Medicine, as well as Social Sciences. Mathematics, Management, Statistics, and Economics are among the disciplines with the highest rankings. There is also a Business School, a Medical School, the Coventry College of Education, and Horticulture Research International.

The University of Warwick has over 26,000 students, with more than 43 percent coming from outside the United Kingdom, making it one of the finest institutions in the UK for international students. It has tight collaborations with major worldwide universities such as Columbia University, Cornell University, McGill University, UC Berkeley, etc.

The University of Bristol began as an engineering faculty and has since grown to become one of the most significant research institutions in England. It provides first-rate instruction in the following faculties: Arts, Engineering, Life Sciences, Science, Health Sciences, Social Sciences, and Law. Computer Science, Electrical and Electronic Engineering, Biological Sciences, Psychology, and Mathematics are the university's top courses. Furthermore, the university is a member of significant university groupings, including the Russell Group, the Coimbra Group, and the Worldwide Universities Network.

The university fulfills Bristol's future principles and values: innovation and enterprise, global citizenship, and a sustainable future. Academic achievement is shaped by these values, which result in well-rounded students and graduates.